PACS in the integrated hospital

PACS in the integrated hospital 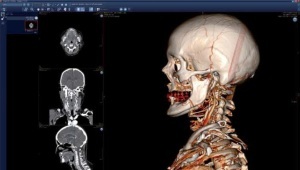 From the April 2015 issue of HealthCare Business News magazine

Every hospital wants a way for doctors, technologists, nurses and other team members to pull up all the images and records they need – in a way that will not overwhelm them – when, and where they need them. Integrating imaging informatics and workflow data systems not only makes everyone’s job easier, it also satisfies the value-oriented and meaningful use initiatives of CMS. Systems that are separate within the IT infrastructure are a disservice to that goal.

For picture archiving and communication systems (PACS), that’s a game-changing adjustment. After a few decades presiding over the radiology department, venerable PACS are being lured out of their exclusive quarters and asked to make nice with every facet of the full enterprise hospital…and network of hospitals…and to some extent, all hospitals.

Some believe this integration can be accomplished with a single system, others think plugging in best-of breed features from different providers will yield the best results. But all agree it’s a tall order and it has to be filled. The newest generation of image management platforms is beginning to achieve that goal by leveraging technology that unites informatics and task-based workflow with image processing.

“In the past, if you got a CT scanner, you got a workstation and it was specific to CT, and the system functioned as an image processing island unto itself,” says Bob Craske, senior marketing manager of Radiology IT at Agfa Healthcare. He contrasts those islands with today’s multi-modality PACS, “which tie multiple workflows from different sources together.”

All images used as evidence in forming a diagnosis are valuable and need to be managed and maintained, says Craske. He estimates that 45 percent of medical images in a patient record are acquired outside of the cardiology and radiology departments.

“Aggregating the images from the different silos is the ultimate goal,” says Kevin Collins, VP of research and development at Sectra, a medical IT provider that specializes in imaging products. “Not just radiology, but cardiology, and even dermatology and ophthalmology.” Meanwhile, the importance of PACS has transitioned away from the images themselves and into the metadata that comprises the images. Comparing two images on a powerful digital platform can yield a previously unknown wealth of diagnostic value.

And the images being compared, be they CT, MRI, or anything else, are being taken on increasingly powerful systems. As the volume of studies – and the studies themselves – has grown, the storage requirements have too. VNAs have stepped-up to share in that data load, and also provide crucial storage for hospitals in the process of replacing their outdated PACS.
1(current)
2
3
4
5