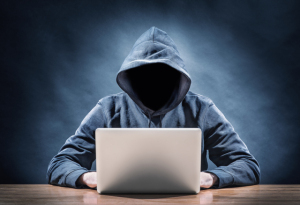 On the heels of Anthem's 80 million member data breach last month, Premera Blue Cross announced today a cyberattack that could jeopardize Social Security numbers, bank account numbers, clinical information and addresses of 11 million of its members in the Pacific Northwest.

Premera said that they became aware of a security breach on January 29th — the same day as Anthem — and that hackers initially infiltrated their IT system on May 5th, 2014. The company has been investigating the attack in partnership with the FBI and Mandiant, one of the world’s leading cybersecurity firms.

"The investigation has not determined that any such data has been removed from our system or been used inappropriately," stated Jeff Roe, president and CEO of Premera, in a video statement to the company's members.

Despite that, the company is starting to send out letters to affected customers today and is offering them two years of free credit monitoring and identity theft protection.

The data involved dates back to 2002 and pertains to Premera Blue Cross, Premera Blue Cross Blue Shield of Alaska, and their affiliate brands Vivacity and Connexion Insurance Solutions. It may also affect members from other networks who received treatment through those providers while traveling in the pacific northwest.