MRI screening programs for patients at high risk of pancreatic cancer is better than other methods: Swedish study 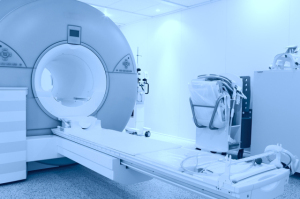 MRI-based screening programs for people at high risk of developing pancreatic cancer may be a better option than protocols based on more aggressive methods, according to a new study conducted by Karolinska Institute in Stockholm, Sweden.

According to the study, the incidence and mortality rates of pancreatic cancer are almost identical. Even though treatment has gotten better, the surgery rate is about 30 percent for patients with ductal adenocarcinoma and the five-year survival rate is below 20 percent. A family history can be identified in about 10 percent of all patients with this cancer.

The researchers had 40 patients — 24 women and 16 men around 50 years old — undergo MRI scans as part of the screening program. In 38 of the patients, there was an increased risk of pancreatic cancer based on family history and BRCA2, BRCA1 and p16 gene mutations were found in some of the patients.

They found that MRI scans revealed pancreatic cancers in 16 patients or 40 percent of the group — intraductal papillary mucinous neoplasia, which can develop into invasive cancer, was seen in 14 patients and pancreatic ductal adenocarcinoma was seen in two patients. Five of the patients required surgery — 3 for pancreatic ductal adenocarcinoma and 2 for intraductal papillary mucinous neoplasia — and the other 35 patients are currently under observation.

The researchers claimed that using MRI alone can potentially reduce costs, increase availability and ensure the safety of the patients under surveillance compared to more aggressive approaches. However, they cautioned that since they only evaluated a small group of patients, they were not able to evaluate the efficacy of MRI as a single screening modality.

In a commentary, Dr. Mark S. Talamonti of NorthShore University HealthSystem in Illinois explained that the fact that only 10 percent of patients are shown to have a family history of the cancer creates a “real challenge for the future of early detection of pancreatic cancer.”

He believes that population screening with radiographic or endoscopic procedures “makes no clinical or economic sense” since this cancer only makes up 3 percent of estimated new cancer per year. But since the population is aging, he sees that there is a “clear and unequivocal need for affordable screening strategies based on reliable biomarkers and efficient imaging modalities.”