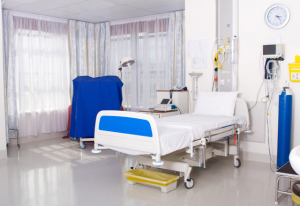 A new study credits an aging population and a declining birthrate with triggering New York City's costly surplus of hospital beds in obstetrics units. The findings, which come from Columbia University's Mailman School and were published in the journal Medical Care Research and Review, report these beds cost the city approximately $26.4 million annually.

By looking at 40 New York hospitals during 2008-2009, the study reports there were 184 excess beds per year and an insufficiency of 55 beds per year. Those figures yield a net excess of 129 beds — or nine percent of the city's entire obstetrics capacity.

The average hospital had 34.5 beds for a total of 1,381 beds. They collectively handled 240,000 maternal admissions or an average of 6,000 annually per hospital.

The researchers also cite lopsided bed capacities as part of the problem, with over 20 percent of units seeing significant under-utilization and another 30 percent struggling with shortages. Managing the supply more responsibly would be in keeping with national health reform initiatives and could mean annual savings of $26.4 million — an estimate they consider conservative.

"The variation we find in obstetrics capacity utilization in New York City likely reflects conditions nationally," said Dr. Linda V. Green, Cain Brothers & Company Professor of Healthcare Management at Columbia Business School, in a statement. "Excess capacity in obstetrics units is likely to increase if no adjustments are made to address the aging population, the decline in the birth rate, and current efforts to reduce the rate of elective Cesarean sections."