What does driving have to do with health care? 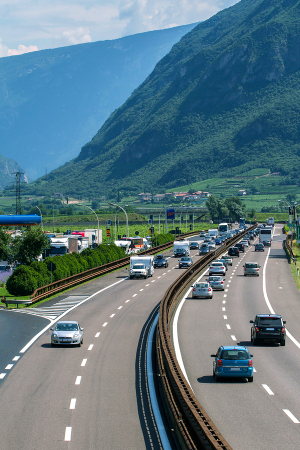 However I suspect that many accidents had to do with inconsiderate driving.

How many of us have seen someone drive slowly in the left lane of the interstate highway and feel as though the people behind are wrong for wanting to pass? How many of us get the urge to accelerate when someone is about to overtake us on the highway? And have any among us resented that crazy driver that moves from lane to lane like a Grand Prix driver?

In my opinion "Lane Hogs," "Grand Prix" drivers and self-appointed guardians of the speed limit cause more traffic accidents and fatalities than they realize.

This week I had an occasion to drive 800 km in Italy. When in Europe I am always so impressed with how courteous drivers are here. On the Autostrada people pullover and allow cars to overtake them. Drivers cooperate with each other rather than intentionally blocking the way just because they can.

In addition, for those of us in the United States who have been behind drivers who are oblivious to everyone around them, people in Europe seem to pay attention and look in the rearview mirror and, if they see someone behind them, they get out of the way.

I don't know this for sure, but I'm willing to bet there are fewer hospital admittances in Europe than in the United States as a result of traffic accidents.