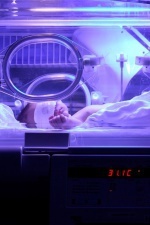 Despite being "saturated" the European infant care solutions market is growing due to a rise in preterm births.

This is driving demand for neonatal intensive care unit (NICU) devices and also skilled and trained professionals in the field, says a new analysis from Frost & Sullivan.

The study, "Analysis of the Western European Infant Care Solutions Market," reported that the market had revenues of $151.5 million in 2014 and estimates that it will hit $177.5 million in 2018.

“While governments across Western Europe are reacting to these escalating numbers through initiatives to deliver better facilities, the cost cuts rolled out by governments to make solutions affordable have narrowed manufacturers’ margins,” said Frost & Sullivan Healthcare Research Analyst Akanksha Joshi. “Additionally, the ongoing consolidation of hospitals in Europe due to budgetary constraints has compelled the merged hospitals to share designated NICUs and delivery beds.”

To meet the demand vendors are projected to introduce patient-friendly, cost-effective devices in an effort to cut the time of treatment, reducing the length of hospital stays.

“Hospitals are demanding technologically improved and sophisticated devices, which include hybrid warming devices that can be configured as open or closed incubators, and double-walled incubators,” noted Joshi.