MEDNAX to acquire vRad for $500 million 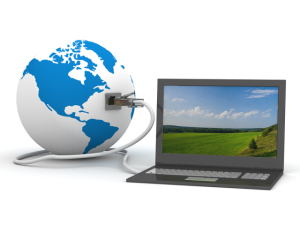 A leader in U.S. pediatric physician services has just struck a deal with a major teleradiology and telemedicine company. MEDNAX will acquire Virtual Radiologic Corporation (vRad) for $500 million, in a transaction that is expected to be complete within the second quarter of 2015.

"We believe vRad is an excellent platform for growth in teleradiology and the broader telemedicine market," said Dr. Roger J. Medel, CEO of MEDNAX, in a statement. He described radiology as a "large but fragmented" industry with $18 billion in total revenue, that is evolving toward the principles of telemedicine.

"We believe the opportunities for organic growth at vRad and for cross-selling between the company's and MEDNAX's customer bases are compelling," added Medel, who believes vRad's commitment to IT and data analytics will align nicely with his company's commitment to quality and cost effective care.

vRad currently generates roughly $185 million annually through its network of more than 350 U.S. board-certified and eligible radiologists. That network of radiologists provides coverage to over 2,100 health care facilities across the U.S. and internationally. Combined, they interpret more than five million diagnostic imaging studies annually, which are kept in vRad's PACS system.

In a statement on behalf of vRad, CEO Jim Burke pointed out that both companies were founded and built by physicians. Burke also echoed Medel's optimism that there were synergies between the two companies that will facilitate a new level of growth, while providing greater access to better care at lower costs for patients.

vRad's management team is expected to remain with the company as part of MEDNAX.