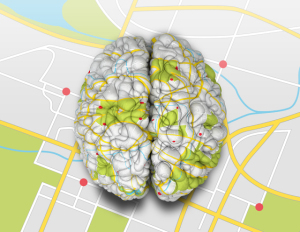 Brain specialists at Technische Universität München (TUM) in Munich, Germany have published a study at Bio Med Central indicating that the use of navigated transcranial magnetic stimulation (nTMS) to map tumors in the brain motor cortex prior to surgery greatly improves patient outcomes. The innovative diagnostic can identify vital brain functions — such as speech, for example — and allows the surgeon to get safely within four millimeters of those crucial regions.

“nTMS has become the absolute standard in our departments,” Dr. Sandro Krieg, working group leader at the Department of Neurosurgery at TUM University Hospital and head of the study told DOTmed News. “It enables the removal of tumors from patients without affecting functional areas, while at the same time removing as much of the malignant tissue as possible.”

The benefit to the patient, said Krieg, is longer survival and less motor function deficit. He explained that many studies have indicated the benefit of getting as much as possible, if not all, of a tumor out in surgery. This procedure, known as gross total resection, is the standard for any neurosurgeon. However, a side effect can be paresis; muscular weakness caused by residual surgical cell trauma around the tumor site.

The study was conducted on 140 patients, half of whom received the nTMS mapping and the other half underwent brain surgery before nTMS was available. The nTMS patients had smaller skull incisions, more tumor removal and shorter hospital stays.

Because these patients recovered better, they were more likely to be eligible for radiotherapy, which extended their lives by several months compared to the control group.

Krieg said that up to 150 individual position points per patient can be charted. “In this way, we can draw up a map of important motor areas and nerve pathways in the vicinity of the tumor. During the operation, this data is a good guide as to where we can and cannot cut,” explained Krieg.

Krieg told DOTmed news he was partially surprised by the result.

"We expected smaller craniotomies, but not such high clinical results,” he said. “In our department, no surgeon now wants to operate anymore without the available nTMS data.” He added that further investigation in a more homogeneous population is recommended to verify the results.

Every patient who received nTMS gave written consent prior to the procedure and all assessments were completed in a blind assessment. A 3T MRI scan was also conducted and interpreted by two board certified neuroradiologists on all patients before and after their surgery to compare tumor and surgical site results.