Can U.S. medical companies be innovative? 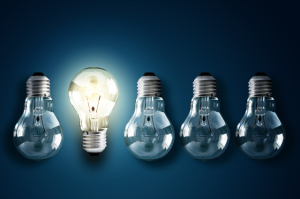 I recently flew from NY to London on a business trip. My flight was delayed for 2.5 hours but fortunately American Airlines upgraded me to first class, where I found myself next to the CEO of a publicly traded company that manufactures medical equipment.

During the trip we got to talking about U.S. companies, and which ones we regard as innovative. We acknowledged that many U.S. companies think in terms of "this quarter" or "the next quarter" profits, instead of eyeing long term investments and innovations that might allow them to really make a difference.

When I was young I always had the feeling that one of the things we do here in the U.S. is we innovate and come up with new and better products that improve lives. In healthcare that means creating new ways to help patients, and new ways to be efficient.

It's my understanding that in China they have a 100 year plan in place. I believe many Asian countries are thinking long term in that way. In many European countries innovation is supported and encouraged, as well. I think this is something our manufacturers in the U.S. should be mindful of.

Innovation — coming up with better products — could keep jobs in the U.S. while creating even more of them. It could also lead to greater gains financially over time.

The CEO in the seat next to me agreed, and acknowledged a first-hand appreciation of this challenge. He said that his company, like everyone else, has to keep an eye on the small scale victories to make sure the stock market doesn't punish them.

How do we allow U.S. companies to innovate without punishing them in the short-term? It's a challenging problem and I don't think there is a simple solution. But the first step to fixing a problem is recognizing that it exists.