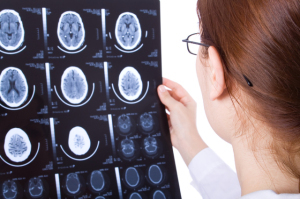 A new study provides evidence for widespread over-utilization of CT in the pediatric ER during the first decade of the 21st century. Conducted by the Mayo Clinic and published in Academic Radiology, the research shines a light on the importance of awareness campaigns and protocol reforms for the continued education of medical practitioners.

“The study is a good reminder to all of us to perform only pediatric imaging studies that are indicated,” Dr. Marta Hernanz-Schulman professor of radiology and pediatrics at the Monroe Carrell Jr. Children’s Hospital at Vanderbilt and chair of the Pediatric Imaging Commission at the American College of Radiologists, told DOTmed News.

“As the study noted, there was already a decline in 2010, the last year of the study. I think this is because new protocols were already being widely adopted to reduce CT studies of children, which have continued a downward trend since.”

At Vanderbilt Children’s Hospital, for example, the number of CT studies from 2006 to 2015 has dropped from 14,724 to 8,062 annually — about a 45 percent decline — despite increasing number of kids seen in the their emergency department. Hernanz-Schulman credits the trend toward lower utilization to initiatives like Image Gently and Image Wisely, and the ACR appropriateness criteria. Pediatric Emergency Care Applied Research Network (PECARN) and the American College of Surgeons (ACS), which accredits trauma centers, have also developed strict and impactful clinical criteria for CT examinations.

Hernanz-Schulman is one of the physicians who helped found The Image Gently program in 2007 under the Alliance for Radiation Safety and Pediatric Imaging. The campaign was started to educate referring physicians, technologists and parents about the dangers of unnecessarily exposing children to radiation — such as a potential increased risk of cancer and greater expenses.

“CT utilization among pediatric fall patients doubled between 2001 and 2010, although the prevalence of life-threatening conditions remained relatively stable,” wrote Shahi. “Further work is necessary to uncover the factors that ultimately contribute to the utilization of CTs in the pediatric ER. This may begin with physician education on the risks of CT utilization to prevent unnecessary scans from taking place.”

A media contact for the Mayo Clinic said that none of the study authors were available for interviews due to scheduling conflicts.

For Hernanz-Schulman, understanding CT use in pediatric ER is an ongoing process. She describes the modality as a powerful diagnostic tool that in her career has helped greatly improve patient care. She noted, for example, that appendicitis surgery at one time had a 25 percent false positive rate, meaning that when surgeons operated on patients, they discovered one in four did not have appendicitis. That rate has been reduced to three percent thanks to better views provided by CT imaging.