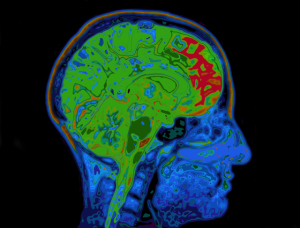 A class of contrast agent that is used for millions of MR exams every year can cause “significant and persistent” MRI abnormalities over time, according to a study published online by the journal Investigative Radiology.

The contrast agents, which are called “linear”-type gadolinium-based contrast agents (GBCAs), lead to deposits of the heavy-metal element gadolinium in the brain. These findings are going to have a major effect on the multimillion-dollar market for MRI contrast agents, according to Dr. Val M. Runge of the University Hospital of Zurich.

The researchers conducted experiments in rats to evaluate the effects of repeated injections of GBCAs. Over the course of five weeks, one group of rats received a series of 20 injections of the linear GBCAs, another group were injected with a “macrocyclic” GBCA called gadoterate meglumine and a third group received an inactive saline solution.

They found that the rats that received the linear GBCA developed MR abnormalities called T1-weighted signal hyperintensities. However, no MR abnormalities were seen in the brains of rats injected with the macrocyclic agent.

“The linear chelates have the potential to release gadolinium far, far more and far, far easier than the macrocyclic chelates, and thus, the reason that the linear GBCAs lead to MR abnormalities and the macrocyclic GBCAs do not,” Runge told DOTmed News.

In the past, certain linear GBCAs have been linked to a rare but serious disease called nephrogenic systemic fibrosis in patients with severely impaired kidney function. Runge believes that these new findings will cause certain GBCAs to soon fall out of use since patients are going to prefer to be injected with the less stable agents.

The estimated U.S. market for GBCAs is at least $300 million per year, which is about one-fourth of the world market. Runge believes that several products on the market that make up a significant part of annual sales globally may be withdrawn.

Runge said that all of the currently approved GBCAs should be evaluated by the methods used in the study or by a similar approach.