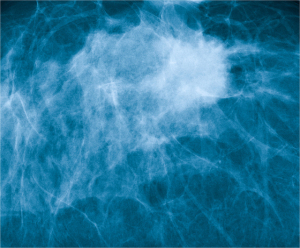 It is commonly understood that mammography is inadequate for detecting breast cancer, but in most countries it remains the primary diagnostic screening tool. It's unclear what supplemental modality can increase detection but the Dense Tissue and Early Breast Neoplasm Screening (DENSE) trial underway in the Netherlands is hoping to shed new light on the issue.

"The time to act is now, before breast density legislation (such as that in the U.S.) induces a worldwide increase in supplementary testing that, once in place, cannot be properly evaluated and will be very difficult to reverse," the researchers wrote.

The trial is investigating the use of mammography and breast MRI for screening women with dense breasts. The researchers must show that MRI is associated with a reduction in interval cancers, in order to prove that it is an effective screening strategy.

MRI has much higher sensitivity so it's believed that it has the potential to improve breast cancer detection at an early stage. Despite those benefits, it's more expensive and may increase the amount of false-positive results and overdiagnosis.

The researchers brought together a group of women between the ages of 50 and 75 and measured their breast density using a fully automated volumetric method. Out of the women with extremely dense breasts and a negative result on mammography, 7,237 will undergo additional MRI imaging and 28,948 will be screened with mammography only.

The first participants were randomized in December 2011 and enrollment is expected to be completed in 2015. The initial study results are anticipated to be presented in 2016.

The trial may also provide insight into the value of breast MRI screening in women younger than 50 years old. In the Netherlands, they are not routinely screened because the efficacy of mammography has not been proven for that age group.

"If the DENSE trial proves MR imaging to be an effective additional screening method in women with extremely dense breasts, this will give important leads for similar strategies in women younger than 50 years, in whom the prevalence of dense breast tissue is higher," the researchers wrote.