Treating chronic wounds with ultrasound may save U.K. £3.1 billion annually 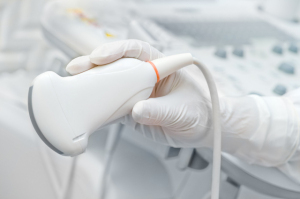 Wound healing time can be reduced by one-third with the aid of ultrasound treatment. Taking advantage of that information could yield cost savings for the National Health Service to the tune of £3.1 billion annually, according to a new study published in the Journal of Investigative Dermatology.

“Treatment of a chronic wound can take years and costs approximately £6,000 - 20,000 per patient, depending on wound type,” Dr. Mark Bass, lead author of the study and research fellow at the University of Bristol, told HCB News. “Therefore, there is room to make a considerable financial impact as well as a societal one, as by reducing treatment times, one would see a corresponding reduction in cost.”

Ultrasound transmits a vibration through the skin and wakes up cells within wounds to help stimulate and speed up the healing process. It can also reduce the chance of the wound becoming infected, which is especially effective when treating diabetics and elderly patients.

In the U.K. there are 11 million individuals over age 65 and three million diabetics. Over 200,000 patients in the U.K suffer with chronic wounds per year.

Ultrasound technology has been used for several years to repair fractures. There have been anecdotal reports that ultrasound improved tissue repair in patients treated for fractures, but it has not been properly studied until now, said Bass.

“The provision of a carefully controlled study of the effect of ultrasound on skin healing will be important for future clinical use as it distinguishes scientific fact from rumor,” he added.

Bass believes that the largest immediate markets for this are likely to be Europe and the U.S., but because of the portable nature and ease of use of the treatment it could eventually be used worldwide. The treatments are noninvasive and don’t require surgery, which are two aspects that would have been a significant barrier for less developed countries.

“The U.S. is likely to be the initial target,” said Bass. “The major risk factors associated with poor healing are age, diabetes and obesity, factors on which the U.S. shows the poorest rankings, so would benefit greatly from this type of therapy.”

Bass is hoping to test the treatment in patient trials in the near future but the researchers need funding to proceed. Safety tests are one of the largest hurdles to clinical translation but since ultrasound has a track record of safe clinical use, it will most likely not be an issue.

He hopes to see clinical use of the treatment within the next one to three years.