But it’s really important that the part is a good fit with the version of the software installed on the equipment. It has to match,” he said. Whether or not an OEM is willing to negotiate first call under partnership or shared service contracts mostly seems to hinge on how the purchase of the equipment is negotiated upfront. This pre-sale involvement from the senior clinical engineer was universally cited as the biggest role-changer to help manage expenses for their hospital. 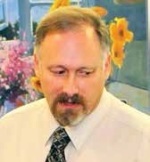 “I can remember times in the past where I have attended user orientation for new equipment and I just knew by the design that it was going to fail,” said Jones from Harris Regional. “If I had reviewed this purchase before it was bought, we could avoid a lot of frustration.” Steve Bowers, Manager of Clinical Engineering at REX Healthcare, which is part of the University of North Carolina Health System, has learned that OEMs will often not release the keys to equipment software unless the sale is contingent upon this access.

“I am one of the people who sign off on equipment purchases. I always make sure we can get the software access. I’ve actually stopped equipment delivery at our door until we get passwords,” he said. “I think OEMs recognize that software can be good service revenue for them if the customer allows it.” He added that the in-house software access also helps to reduce equipment downtime when there is a problem, and helps to update software when upgrades become available. 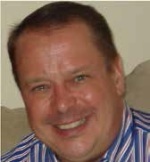 “We tend to go with vendors who cooperate with us about access to software,” explained Stuart Grogan, Radiology equipment Manager for Wake Forest Baptist Health. “Most of my team has a solid software background learned from installing RIS-PAC imaging components.” He said this is key at a teaching hospital such as his, which deploys a lot of advanced technology. With nearly 5,000 total devices to take care of — almost half imaging — he said that even the most stringent OEMs are starting to relax their policy on customer information sharing. According to most of the sources, they handle between 90-95 percent of service in-house with the health care management technology professionals.

The newer lifesaving technology typically remains the purview of the OEMs. For example, Clint McCoy,an OR Biomedical Engineering Technician III at UNC Health Care under a contract with Aramark, the ISO on the account for 20 years, said that only about 10 percent of their service contracts are covered under OEM agreements. McCoy, who is current president of the North Carolina Biomed Association, oversees two full-time employees and one part-time, to keep 38 operating rooms running smoothly. He said there are 22 total health care management technology professionals, including he and his staff, for the entire hospital.
1
2
3(current)
4
5