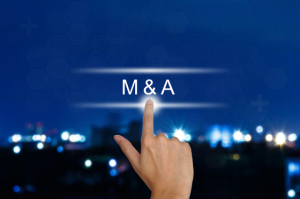 From the August 2015 issue of HealthCare Business News magazine

Every time you turn around it seems like one health care company is being acquired by another. Consolidation is happening at a rapid pace and it’s no different among independent service organizations (ISOs). Someone unfamiliar with the industry could be forgiven for thinking that having fewer options is a bad thing for hospitals looking for alternative service from the OEM, but there may be more to it than meets the eye.

The majority of independent service companies start small with a field engineer straying from an OEM to compete with them on a local scale. The successful ones grow in the right place and the right time, and these are the companies that are falling under the umbrella of bigger companies today. Some of the most successful players in the ISO sector spoke with HealthCare Business News about how — in the current health care paradigm — sometimes less is more.

With his current company, Mark Alvarez, president of BC Technical, has overseen nine acquisitions and has positioned his company as a dominant force in a segment where most players have historically operated on a smaller scale. In over 30 years in the industry, Alvarez has participated in over 80 business acquisitions. He says that more and more, small ISOs are reaching out to him in the interest of being absorbed.

Bill Biddle, an industry consultant from BASA Consulting, was also once part of the BC Technical family and also has deep roots in consolidation. He started off with a company called Inoserve which was acquired by GE. Then he went to work for Premier, which spun off its clinical technology service division to Aramark, where Biddle was on the acquired side. From there he went to BC Technical where he participated in seven acquisitions.

In 1987, Ed Sloan, owner of Ed Sloan and Associates, founded ReMedPar — one of the early independent equipment powerhouses. By the time Sloan left in 2008 the company had been sold or merged on three separate occasions. Currently under the Aramark umbrella, the company continues to offer parts and services.

Why is consolidation happening?

The amount of talent and expertise in the field has not necessarily changed in the past few years, but the way that expertise is organized definitely has. Restructuring resources has meant greater access to ISO services. The Affordable Care Act has ushered in an era of accountable care organizations (ACOs) that are financially incentivized to efficiently provide health care to a particular community.
1(current)
2
3
4
5