NYC's first proton facility to open in 2018 with Varian's ProBeam 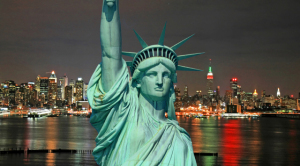 New York City enjoys a reputation as one of the greatest metropolitan destinations in the world, but it is not known for being spacious. Manhattan is cramped, and that may have been one factor preventing a proton therapy facility from being built there — until now.

"The ability to bring this technology and put it in the hands of some of the premier cancer programs in the world is something we’re very excited about," Mitch Latinkic, vice president of Worldwide Business Development at Varian, told HCB News. "These facilities will use the technology to its fullest advantage and we're enthusiastic about that."

According to Latinkic, lack of space wasn't the only challenge in bringing proton therapy to New York City. He cited the state's Certificate of Need process — which governs establishment, construction, renovation and major medical equipment acquisitions of health care facilities — as a legislative component adding a texture of complexity to an undertaking of this nature.

The facility will have four treatment rooms and a research room, and is being developed by Boston-based real estate group Murphy & McManus.

The entire financial arrangement for the NYPC includes $242.7 million in total project loans, including funds from JPMorgan Chase Bank and an affiliate of the Goldman Sachs Group, Inc.

A statement from the NYCEDC described how the facility hopes to revitalize East Harlem by providing jobs in the community through the HireNYC program. "The health care institutions and the developer have put forth a strategy to train and hire locally for a range of positions and we look forward to working with them in the months and years to come to realize their commitment to local hiring," said Melissa Mark-Viverito, New York City Council Speaker.

The health care sector is the leading employer in New York City, providing roughly 515,500 jobs. Last year alone, approximately 18,500 new health care jobs have been created, according to the NYCEDC.

The company has an additional nine systems in various stages of development around the world, including facilities being built domestically in partnership with Cincinnati Children's Hospital and the University of Maryland.

For Latinkic, the bringing together of a major financial institution like JPMorgan, NYC's world-leading health care providers, and Varian's proton beam technology represents an exciting opportunity to further define the evidence-based value of proton therapy.

The NYPC hopes to treat its first patients in Spring of 2018.