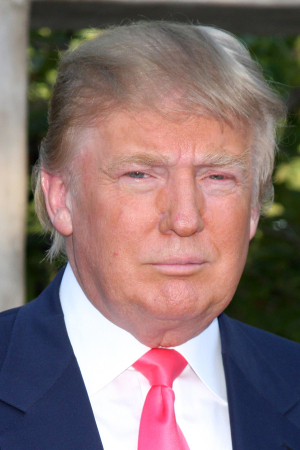 According to the pollsters, Donald Trump is leading the pack of Republican presidential candidates. The pundits say it is because his rhetoric is the way most people feel.

I cannot help but think that most people would reject his personal attacks. Frankly speaking, when I listen to him, it reminds me of the banter between Don Bogutski and myself but we do that in private. Our wives describe it as adolescent behavior and both of us are tame compared to Mr. Trump.

I imagine that if he saw this, he would call me a big loser so I hope he does not read it.

According to Sting, all of these politicians are like game show hosts. With all the problems we have in the world today and in our country, I do not know about you — but I am looking for a thoughtful and calm leader who can help us to navigate the many problems that we face now and will face in the future.

What do the rest of you think?

Would Donald Trump's style be good for our country?