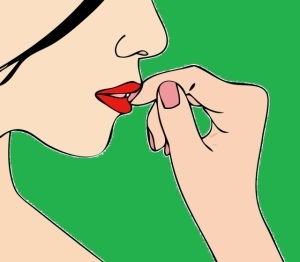 Although it may be incredibly difficult, new research suggests families that make assertive choices on behalf of their critically ill loved ones may benefit psychologically in the long run.

Amy Petrinec, a postdoctoral fellow at the Frances Payne Bolton School of Nursing, led a study out of Case Western Reserve University that determined a correlation between prolonged indecisiveness in the ICU and the occurrence of post-traumatic stress disorder (PTSD).

“The relationship between coping strategies and PTSD is a new finding in this population,” Petrinec told HCB News. “I believe the prevalence of PTSD symptoms (in the ICU family population) would be a surprise to the general public."

The study, published in Critical Care Medicine, followed 77 people and examined their coping skills three to five days after a family member entered either a medical, surgical or neurological ICU in a large urban hospital. The study participants were then tested for PTSD at 30 and 60 days post admission.

As patients live longer with chronic conditions, family PTSD appears to have become more prevalent. The research also suggested a direct relationship between the use of active coping and a reduction in PTSD symptoms.

Petrinec cited an example of a woman in the study who embraced the role of decision maker for her spouse. She asked questions, took notes, and tried to understand to the best of her abilities the situation.

Petrinec would like to see coping strategy protocols implemented by ICU nurses to aid the family of the patient, but stressed that further study would be required to properly develop such protocols.

“In contrast, several family members who avoided conversations or denied the severity of their family members illness later struggled with PTSD symptoms,” she explained.

“I think it highlights broader issues about how it is stressful being a patient, how avoiding conflict is harmful in the long run, how important effective communication skills are, and how afraid we are as a society about death and dying,” Beth Boynton, a nurse consultant and author, told HCB News.

“The ICU is a very tough place to make a decision — it’s very chaotic. It is scary for many of us to think about death, so we avoid it and then get into a decision where we almost have to face it, but still avoid it. It isn’t healthy.”