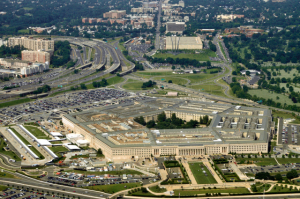 The Pentagon
After months of speculation and jockeying among three major candidates, Leidos — in partnership with Cerner and Accenture Federal Services — has won the jackpot of health information technology contracts.

The Department of Defense (DoD) has spent nearly two years working on a modernization effort to improve care for 55 affiliated hospitals and 600 clinics, servicing 9.5 million active and retired military servicemen and women. With Wednesday's announcement, that modernization effort moves into a new — and expensive — stage of implementation.

The contract itself refers to a ceiling $4,336,822,777 indefinite-delivery/indefinite-quantity contract, with firm-fixed-price, cost-plus-fixed-fee, cost-plus-incentive fee, and fixed-price incentive pricing arrangements, but insiders estimate that over the contract's potential 18-year life cycle, the value of the contract could be in the ballpark of $9-10 billion.

The contract, which is posted on the DoD website, represents a huge win for Cerner. The company was in competition with Epic (with IBM) and AllScripts (with Hewlett-Packard and Computer Sciences), and many industry experts expected Epic to win the assignment.

Skeptics have questioned whether or not EHRs as a whole have evolved enough to warrant a purchase of this magnitude. Furthermore, the fact that Cerner's platform is not web-based has raised concerns regarding a possible 'vendor lock' and challenges for interoperability.

The difficulties of improving productivity with newly implemented technologies is nothing new to health care, and the challenges ahead for Cerner and the DoD will undoubtedly be highly scrutinized as the deal moves forward.

One of the main goals of the DoD is to have the new system interact seamlessly with the Veterans Health Administration.

Cerner is in a mandatory quiet period until next Tuesday, ahead of its scheduled earnings announcement for the quarter ended June 30, and is unable to comment. Last Friday, however, the company announced other good news when Denver-based Catholic Health Initiatives (CHI) signed on to use its ITWorks solutions across 47 hospitals.