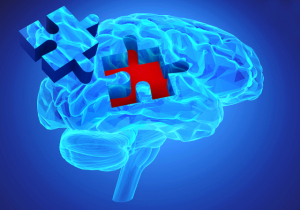 Two patients in the U.S. with Parkinson’s disease have been successfully treated using focused ultrasound, Dr. Howard Eisenberg, chair of the neurosurgery department at University of Maryland School of Medicine, told HCB News. Focused ultrasound is being used specifically to treat dyskinesia, the tremors that can result when patients need to take increased doses of Levodopa, a medication used to manage their disease, said Eisenberg.

“Focused ultrasound is, in a sense, a ‘back to the future’ thing,” said Eisenberg. He treated his first patient at University of Maryland Medicine in late August. The first patient in the U.S. to be successfully treated using this therapy was treated at the University of Virginia, he said.

According to the Focused Ultrasound Foundation, this treatment involves sending MR-guided focused ultrasound through the skull to destroy a small volume of targeted issue in the globus pallidus, a structure found deep within the brain that serves as the source of these tremors.

Most Parkinson’s disease patients will develop dyskinesia after five years of Levodopa treatment, but in only a minority of those – about 20 percent – will the dyskinesia interfere in their day-to-day lives, according to Dr. Paul Fishman, professor of neurology, pharmacology, and neurobiology at University of Maryland School of Medicine.

The current best practice for treating dyskinesia in Parkinson’s patients is to implant a device in the brain that helps control the tremors by blocking the abnormal nerve signals that cause them, said Eisenberg. One of the challenges with this invasive procedure is that the battery needed to power the device must be replaced surgically every two to three years. Prior to the implant approach, surgeons would open the patient’s skull and cut holes in their brain, to cause lesions to alleviate the tremors.

Eisenberg noted that this clinical trial is limited to patients who experience the tremors primarily on one side of their body. In the treatment of his patient at University of Maryland Medicine, Eisenberg chose to focus the therapy on the side of the body that had the most pronounced manifestation of the tremors.

He said that patients treated using this protocol must be awake. The procedure itself takes about three hours, and that includes the use of local anesthesia, the patient’s entry into the MR gantry and subsequent adjustments to their body, and the time required to focus the ultrasound on the globus pallidus. Throughout this third and final part of the treatment, the heat of the focused ultrasound is adjusted and the patient is observed.

During the procedure, the patient wears a bowl-like device that’s fitted to a frame that’s pinned to their head. The bowl-like device, which is immobilized within the MR scanner, contains as many as 1,000 sonicators that provide beams of energy and deliver the focused ultrasound to create a lesion to alleviate the tremor symptoms.

According to the University of Maryland, funding for these studies has been provided by the Michael J. Fox Foundation for Parkinson’s Research and the Focused Ultrasound Foundation.