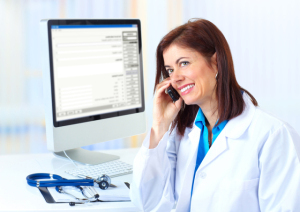 Some vendors are receiving mandated government approval for the operability of electronic health record (EHR) products despite a study published this week that a large number of EHRs do not meet the standards.

“The usability of EHRs has been a major point of dissatisfaction for clinicians,” Dr. Raj Ratwani, Ph.D., scientific director with the MedStar Institute for Innovation and the lead author told HCB News. “The poor usability of EHRs also poses serious patient safety risks.” Ratwani said the study, which was published in the Journal of the American Medical Association (JAMA), was prompted by a need for greater transparency around EHR vendor practices.

According to Ratwani, the study found that 30 percent of EHR vendors did not attest to [report] a user-centered design process. He and his study colleagues discovered several instances in which vendors did not adhere to industry standards. These included:

There is significant financial incentive for vendors to sell EHR platforms. A separate study conducted by Transparency Market Research puts the 2015 global EHR market at about $16.5 billion with growth to nearly $24 billion projected by 2020.

According to MedStar, Ratwani and his study colleagues are experts in human factors and safety science. They have studied EHRs extensively. Specifically, the study focused on the computerized order entry function, since it is primarily used by clinicians and presents significant safety hazards when not designed well.

Ratwani said the key takeaway was that there is “tremendous” variability in the usability practices of EHR vendors.

“Hospital and medical practice administrators should take a close look at the usability practices of EHR vendors to ensure a level of rigor, since these practices ultimately shape the usability and safety of the EHR product,” cautioned Ratwani.