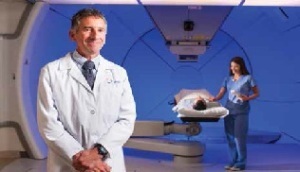 If you live in the UK, the name Ashya King probably rings a bell. Last September, the 5-year-old boy was taken to Prague against the wishes of the UK’s National Health Services (NHS) for proton therapy treatment on a brain tumor. When the child disappeared from the Southampton General Hospital where he was under care, his parents were suspected of negligence and an international manhunt ensued.

After turning up in Madrid, Ashya’s parents were briefly imprisoned. As for their child, he completed his renegade tumor treatment in Prague and is reportedly cancer free.

That highly publicized bit of drama brought proton therapy to the front page and perhaps underscored the absence of a vital treatment option to pediatric patients in the UK — a demand currently being addressed on multiple fronts.

In July, Varian Medical Systems announced contracts with the NHS to bring their multi-room ProBeam proton therapy system to two locations. One at UCLH (University College London Hospitals NHS Foundation Trust) in London, and the other at the Christie NHS Foundation Trust in Manchester.

Ion Beam Applications (IBA) has also signed three binding term sheets with Proton Partners International (PPI) to install its ProteusONE compact solution in Newport, Newcastle, and a third location that has not been announced. Those single-room systems will meet the lower volume needs of private physicians hoping to provide their patients with state-of-the-art cancer care.

Ashya King’s story is one of a kind, but the rapid investment in proton therapy is hardly unique to the UK.

A booming install base
Proton centers are popping up around the world — particularly in the U.S. where the treatment is more accessible than anywhere else on the planet. Despite that, there is still a “severe shortage of facilities,” according to Dr. Carl Rossi, medical director of the Scripps Proton Therapy Center in San Diego.

Rossi’s proton therapy career goes back to 1990, when he was performing treatment at Loma Linda University Medical Center — the first hospital-based proton facility in the country. Needless to say, a lot has changed since then.

In those days, Rossi says the systems were not advanced enough to treat common cancers. Instead, X-ray therapy represented the best clinical option for most patients.

Today, improved delivery techniques like pencil beam scanning have replaced the old methods, and what were once uniformly behemoth systems with costs exceeding a hundred million dollars, are now a more versatile range of systems, with price tags that are — in some cases — only tens of millions.
1(current)
2
3
4
5
6