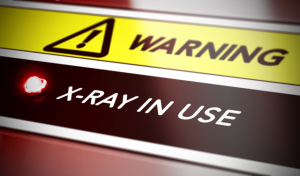 The alarming incidence of left-side brain tumors occurring among heart doctors has prompted research to measure their cranial exposure to radiation. The researchers have determined that these invasive cardiologists are exposed to some of the highest levels of radiation in medicine.

“This finding is very sobering,” Dr. Ehtisham Mahmud, chief of cardiovascular medicine and director of interventional cardiology at UC San Diego and author of the study, told HCB News. “Recent observational study data suggests that there are high levels of left-sided brain tumors in invasive cardiologists and radiologists.”

The peer-reviewed study was just published in the most recent issue of the Journal of the American College of Cardiology-Interventions.

Mahmud said the study was conducted to determine the differential cranial exposure from long-term, repeated exposure to the low-dose radiation during invasive cardiology procedures. Such operations rely on real time imaging to guide doctors during a case.

A secondary goal of the research was to determine if a newly designed shielding cap affords radiation protection during these invasive procedures.

The study, of seven cardiology fellows and four attending invasive cardiologists, determined they were exposed to radiation on the left side of their head at 16 times that of outside of the catheterization lab ambient levels.

Further, the results indicate 4.7 times more radiation exposure on the left side of the head compared to the right side.

According to Mahmud, invasive cardiologists and radiologists tend to stand anteriorly and to the right of patients during procedures. This places the left side of their head closest to the imaging device used in such procedures.

In addition to potential brain tumors, head exposure to radiation can lead to cataracts and local skin disorders.

“Everyone in the catheterization lab is at risk, but the study clearly indicates physicians standing closet to the radiation source are the most exposed,” Mahmud said.

There are both longstanding issues and new technologies being developed to address the problem, according to Mahmud. But he noted that traditional lead-based aprons and shields are not well suited to protect the head. However, newer imaging equipment does emit less radiation and incorporation of robotics and shielded cockpits can also lower the exposure.

He said the study results indicate that a protective, non-lead based cap currently available reduces exposure. The doctors in the study group wore dosimeters inside and outside the cap to measure its effect on radiation exposure. He said the costs of such a cap is relatively low and available to all the staff in the catheterization lab.

“There is a fair amount of denial over this issue,” said Mahmud. “But the fact is we’ve been putting ourselves at risk over time.”