What can Twitter users teach us about the MR patient experience?

What can Twitter users teach us about the MR patient experience? 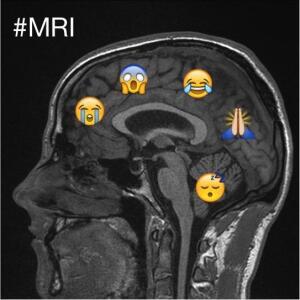 CREDIT:
Johnathan Hewis
Twitter is usually a source of breaking news stories and celebrity tweets, but it might also provide medical professionals with feedback on how to improve MR patient experiences, according to a recent study published in the Journal of Medical Imaging and Radiation Sciences.

Twitter has 316 million monthly active users and 500 million tweets are sent per day, according to the company. Many of those tweets provide insight into what a patient is thinking when they go in for an MR exam

Johnathan Hewis, an investigator at Charles Sturt University in Australia, evaluated 464 tweets associated with MR over the course of one month, and categorized them into MR appointment, scan experience and diagnosis.

He found that the tweets revealed patients’ thoughts about many aspects of the exams including the cost, feelings of claustrophobia, having to remain still during the exam and the noise that the machine generates. As one Twitter user whose data was used in the study put it, "Ugh, having an MRI is like being inside a pissed-off fax machine!"

However, many of the tweets asked for sentiments of support including prayer and also praised their health care team or expressed gratitude for positive results. Some patients even reported enjoying the exam because it gave them time to relax.

"This first investigation was predominantly to explore and demonstrate the viability of Twitter and social media as a potential research tool for patient care within my discipline," Hewis told HCB News. "The next stage is more focused research to help inform practice."

Using Twitter for medical research is not something unique. Researchers at the University of Arizona, used big data generated from Twitter to predict how many asthma sufferers would visit their emergency department on a given day.

Hewis is also investigating patient anxiety involved with other types of imaging exams. "In many ways the experiences of patients can be extrapolated from one modality to the next, the patient journey and imaging environment is very similar between all of these examinations although there are additional specific "terrors" associated with each," he said.

One of his colleagues has already approached him to partner on research that uses Twitter to investigate patients' views of CT scans.