What Veterans Day means to me 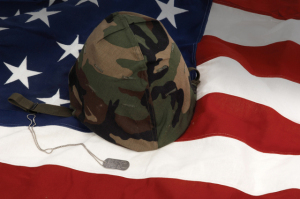 I remember when I attended the Woodstock Festival in 1969 and watched a guy land on the moon. I also remember watching the draft on television and worrying that my number might come up. I ended up not having to go to Vietnam, but several friends from my small town of 1,000 people did and they didn't return.

My father was a veteran and it was not until he was on his deathbed that he told me about some of his experiences. He served in World War II from 1940 to 1945, but he never spoke about it or bragged about it before he passed away.

I remember taking him to visit some of his cronies and they never discussed the war, only the future.

I am glad to see that there is more effort being placed to try to help veterans and treat them with greater respect. Whether it is finding jobs for returning veterans or focusing on some of the challenges that the Veterans Administration hospitals are facing, it seems to me that we are finally starting to treat veterans with the respect that they deserve, like we did in the '60s.

I am grateful to all of the veterans that fought and, in some cases, died for our way of life.