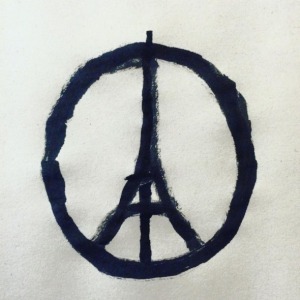 By Jean Jullien
What happened in Paris was a terrible thing and left law abiding citizens around the world with an uneasy feeling.

We are just a few blocks from the World Trade Center and I have now lived through two terrorist attacks so I have an inkling of what people must have felt.

I could not help but notice, watching television and, more importantly, social media, that health care workers in Paris have a lot to be proud of.

Many of them ran to the site of the shootings to offer assistance and many more worked overtime in the emergency and operating rooms.

There are people who say the Parisians are unfriendly and probably some of those same people have something bad to say about New Yorkers and maybe even people from Texas but I have never had a problem when I traveled there on business.

I will not call it a silver lining but hats off to the Parisian health care workers that risked their lives to take care of people in need.