Intensive care telemedicine use on the rise 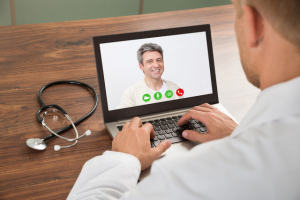 Researchers at UC Davis Health System conclude in a just-published issue of the journal Critical Care Medicine that telemedicine in the ICU (tele-ICU) is lifesaving and often cost-effective.

“Thirteen percent of the non-federal ICU’s are currently using the technology and the number is on the rise. It is very expensive technology that some studies have shown to improve clinical outcomes,” Byung-Kwang Yoo, UC Davis associate professor of public health sciences and lead author of the article told HCB News. “Our primary question was: Is tele-ICU worth the costs when applying the standard cost-effectiveness criteria used widely for other technologies and therapies?"

Tele-ICU is essentially two-way video and data exchange. The study found that remote tele-ICU monitoring is especially effective in hospitals that do not have a large number of specialist physicians on staff to manage critically ill patients on site. Such specialists, which include intensivists and internal medicine physicians, act as a “second set of eyes” to help hospital-based doctors and nurses determine if a patient’s condition is worsening.

The study highlights the high cost of critical care. The researchers found the installation price tag for tele-ICU was between $70-92,000 per bed, with annual costs after the first year between $34-53,000. However, Yoo said widely accepted medical modeling has determined that if the cost of a critical intervention was below $100,000 to extend one year of life for a single patient, the intervention was deemed to reduce the costs of care.

The study was conducted by applying mathematical modeling to costs and benefits on data gathered from multiple tele-ICU studies.

Yoo noted that tele-ICU is available from for-profit companies which provide the technology and physicians. But he also added that health systems and hospitals seeking to use their resources more efficiently are adopting the technology.

“This technology allows critical care expertise, including monitoring nurses and doctors, to more efficiently cover more patients than if they had to travel to all of the hospitals (in a system),” Yoo said. He also said that insurance companies appear to be increasingly willing to cover charges for tele-ICU services.