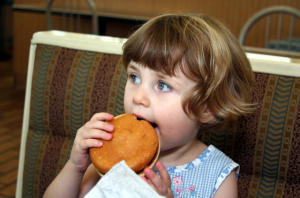 A just-published study in Heliyon suggests that diet and exercise may not be enough to help obese kids achieve and maintain healthy body weights — it may require a change in brain function.

“Treatment of obesity in adults is exceedingly difficult, therefore prevention strategies might be useful,” Dr. Kevin Niswender, M.D., Ph.D., associate professor and senior study author at Vanderbilt University Medical Center told HCB News. “Prevention would need to start in childhood and we sought to identify children who might be at risk.”

He explained that there are three specific regions of the brain that are modulators for eating habits. These regions are associated with impulsivity, reward-motivated behavior and response inhibition, all of which affect overeating.

According to the study, childhood obesity in the U.S. has nearly doubled in the past 30 years. Among adolescents it has tripled. In 2010, a third of kids were considered obese or overweight.

“Adults, and especially children, are primed toward eating more," said Niswender. "This is great from an evolutionary perspective... but in today's world, full of readily available, highly advertised, energy-dense foods, it is putting children at risk."

The MR scans were conducted on children of varying weights on which questionnaires about eating habits were also tabulated. Niswender said the MR results statistically quantified the strength of the functional connections between the brain regions of interest.

According to Niswender, the study supports the importance of early identification of children at risk for obesity, as well as the need to develop novel methods to treat and prevent the condition. He said the practice of “mindfulness,” a brain function recalibrating strategy, might be one such option. He described mindfulness as a means to maintain moment-by-moment awareness of thoughts, feelings, bodily sensations and surrounding environment.

“Such awareness could be used to counteract impulsive acts such as eating not triggered by hunger,” he added. But he noted few studies on the practice have been conducted on children. Niswender also said that mindfulness has been used with mixed results in obese adult patients. This, he maintained, may indicate “the tenaciousness of adult obesity.”

The study was supported by the American Heart Association and a grant from the National Health Institutes made to the Vanderbilt Diabetes Research and Training Center.