How important is the Supreme Court to health care? 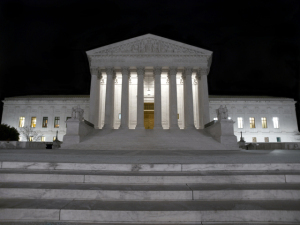 Justice Scalia died leaving a vacancy in the United States Supreme Court, and by now everybody knows that he was a conservative and critic of the Affordable Care Act. President Obama plans to nominate a new justice and the Republican-controlled Congress intends to delay the appointment of a new justice until the next president is elected.

Of course, this is a bit of a gamble because if the next president is a Democrat then any leverage the Republicans have at present could be lost. Indeed, some voters that at present have not made a decision whether to vote Democratic or Republican may be turned off if political wrangling results in a deadlock in the Supreme Court where four conservatives vote against four liberals.

Right now there are a number of cases on the Supreme Court docket that relate to health care, including the Affordable Care Act and rulings on abortion and contraception.

I've read that there are cases that could potentially limit claims or lawsuits against health care providers and the extent to which insurers can share data.

In cases that are not decided by the Supreme Court, the lower court ruling will stand. Ironically, many of the lower court justices were appointed during the Obama administration and I'm just going to guess that those justices do not share all of Justice Scalia's views.