Sugar proving to be sweet alternative as MR contrast agent 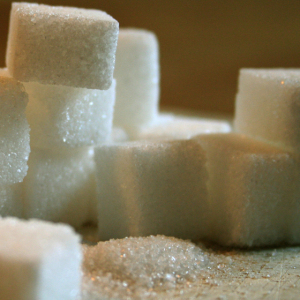 Researchers working in three countries in recent years, on the feasibility of using a simple, natural sugar compound to find tumors, had their research validated in a recent issue of the medical journal Tomography. According to one of the study authors, the team was able to translate the sugar compound to humans fairly quickly as it is a naturally occurring substance.

“Tumors consume more sugar than normal tissue, which is well known,” Peter C.M. van Zijl, chief of the neuroscience division of MR research in the department of radiology at John Hopkins Medicine, told HCB News. “Normally it takes 10 years or more to translate agents to humans, but because of the safety of using simple sugar, we could do it much faster.”

He said the MR diagnostic method using natural sugars was first suggested at Hopkins and by a group in England in 2012. A group at Lund University in Sweden has also been contributing to the current study.

According to van Zijl, the Swedish group has longstanding expertise on the use of metallic MR agents to evaluate tumor blood flow and permeability. The amount of sugar used in the study for tumor detection is the same small amount used in testing for diabetes.

“Sugar is a natural compound that will not stay in the body,” van Zijl explained. “All other MR, PET and CT contrasts are synthesized in the laboratory. For instance, PET agents are radioactive, CT agents contain iodine and MR agents a metal, Gadolinium.”

He stressed that while these agents are very safe, there is the potential for adverse effects in some patient populations. These include kidney patients or pediatric patients, when studied repetitively.

He also said that natural sugar is much cheaper to use, which lowers health care costs.

However, sugar may not be a good option for diabetic patients. But since sugar is a common substance, it increases patient acceptance and comfort with imaging testing.

The next step, according to van Zijl, is a human comparison study, which will commence soon in the U.S. and Sweden. Between 200 to 250 patients will receive tumor diagnosis using both the existing contrast agents and the D-glucose (sugar) compound.

“There is the possibility that by diagnosing tumor presence more quickly, the sugar compound may offer more effective treatment and better results,” said van Zijl.