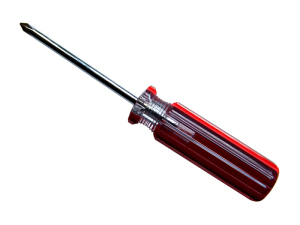 What is your most valuable tool?
Today I was fortunate enough to have lunch with fourteen biomedical engineers at a hospital in Pennsylvania.

One person spoke up without any hesitation, and said it’s common for new biomedical engineers to worry that they're going to damage a piece of equipment and so they’ve afraid to roll up their sleeves and get to work on trying to fix it.

He advised that new biomedical engineers should not worry about the value of the equipment. It’s already broken so you can’t break it twice.

The conversation continued about what was a biomedical engineer's most valuable tool and one person suggested it was the experience — and the many years of trial and error — they had accumulated throughout their career.

Another held in his hand a small screwdriver and said that was his most valuable tool.

There was a little bit of discussion about user error and everyone had a slightly different view, depending on which type of equipment they serviced, as to whether or not users were the biggest problem causers.