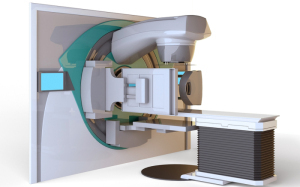 As cancer rates increase globally, researchers have illustrated an unmet demand for radiation therapy access across Europe — and are calling for increased investment in the treatment, updated technology, and workforce training.

“There is a gap between the need for radiotherapy (radiation therapy), based on evidence, and the actual radiotherapy utilization,” Josep M. Borras, M.D., Ph.D. at the University of Barcelona, Spain and co-author of the study, told HCB News. “The present paper suggests that this situation will be worsened in the near future unless governments and health care decision-makers undertake clear and decisive actions.”

A senior panel of radiation oncologists and epidemiologists conducted the study. They found that overall the number of European patients who would benefit from radiotherapy treatment at least once during the course of their disease would rise 16.1 percent by 2025.

The detailed estimates for many different tumor sites produced some major increases. In breast, rectum, head and neck, lung, and prostate tumors, which account for the highest percentage of patients in a radiotherapy department, there were relative increases of more than 25% in rectal patients for whom radiotherapy would be indicated in Spain, The Netherlands, and the Czech Republic; while Belgium, the U.K., and Denmark had estimated increases of more than 20%.

Almost all the Eastern European countries - with the exception of Poland, Slovakia and the Czech Republic - showed the lowest increase of new cancer cases. The highest increases were projected in the Netherlands, Ireland and Switzerland.

Borras also said the study is significant because it used statistical modeling to put a reliable number on a widely held premise that cancer rates are on the rise worldwide.

“Planning for the future needs of radiotherapy infrastructure and staff is possible based on solid epidemiological data and projections of cancer cases, combined with the assessment of the evidence-based indications of radiotherapy,” Borras said. He added that the study team was not expecting the need in the next ten years to be so substantial.

The ESTRO findings reflect cancer trends stated in other studies. A 2009 U.S. study in the Journal of Clinical Oncology projected cancer rates would increase by 30 percent in the U.S. by 2030. A 2015 World Health Organization projection estimated worldwide cancer rates will increase by 70 percent over the next two decades.

According to Borras, radiation therapy is one of the “main pillars” for clinically- and cost-effective treatment of multidisciplinary cancer.

“The findings of this (ESTRO) study could be useful for cancer control plans, governments and national societies to properly forecast the needs for investment in radiotherapy facilities and staff in the mid-term,” said Borras.