The lost art of business communication 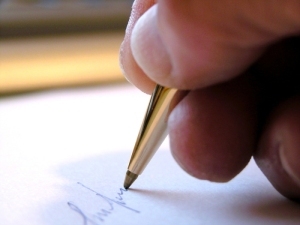 Let me take you on a trip back in time to an era before email, text and even fax machines.

In those days, people sent letters. Before you called someone on the phone, you would write to them in advance and let them know you planned to call them. You even suggest a time that would be good.

People judged you by the way you communicated and the way you expressed yourself in writing. They judged you on the quality of your stationary and if your letter followed proper form.

This was the era that many of us grew up in and it's the era in which I started doing business.

With email, all of that has changed — but people are still the same.

There is a tendency on the part of many people to get right to the point, to abbreviate in their emails and use the same type of language you would use when sending a text.

Here at DOTmed, we encourage everyone to try to write in a professional way and also in a warm way.

I think people should be mindful of the way they construct their sentences. Remember that the person you're corresponding with does not work for you and, even if they do, they are entitled to a level of courtesy that you would expect in return.

Communicating in a polite and professional way seems to be a lost art and so I am encouraging everyone to take a breath and say something nice. Do not abbreviate.