Trump versus Clinton — no consensus 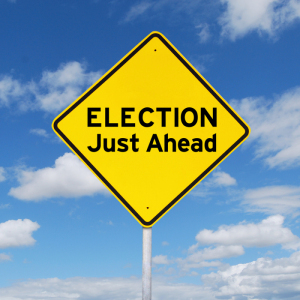 I cannot remember an election like this in my lifetime.

There is no consensus.

Hillary and Bernie are diluting each other and there's some question as to whether or not Bernie's supporters will support Hillary even though she's going to be the likely Democratic candidate.

The Republicans are also divided. The unfriendly rhetoric between candidates must've left Cruz and Rubio supporters with a bad taste in their mouth for Trump.

I think it's fair to say that most women, a large number of hispanics and Muslims won't support Trump.

It's almost a question of who you hate the least for so many people.

Today I took a taxi to the airport and my driver Mohamed told me he was not a Trump supporter. It occurred to me that there is a parallel between the Arab Spring and the people that overthrew the government in Egypt and Tunisia and the unhappy people in the United States that support Trump and Bernie.

It seems to me that there is a message here for the Republican establishment, and that is that the average Republican isn't happy.

It seems to me the average Democrat isn't happy either and that's why they're supporting Bernie because he represents change.

I believe that these unhappy constituents are unhappy because they feel they're not getting a fair shake.

The real question is will there be change?

Will we have better roads and bridges? More jobs? Better health care?

I hope someone takes the lead. The only unfortunate thing is I don't see it happening in this election. I believe it's going to get worse before it gets better.