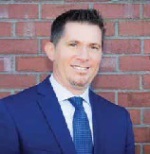 Tom Mitchell
President, Messe Dusseldorf
North America
When you talk to Tom Mitchell, you can't help but get caught up in the excitement that's happening in Houston, TX, as the 3rd annual Medical World Americas Conference and Expo gets ready to open its doors May 18-20.

It’s a unique medical conference, which was born out of a collaboration between the Texas Medical Center and its 56 institutions, the City of Houston and the producers of MEDICA, the world’s largest medical show.

With the theme, INNOVATE: Transforming Health through Disruption and Discovery, the conference will host a series of panel discussions exploring innovations and discoveries that are changing the way we think of medicine.

Headlining the event on Wednesday is Joe Kiani, founder, Chairman and CEO of Masimo & Cercacor. Mr. Kiani is also the Founder of the non-profit Patient Safety Movement Foundation. As a young engineer in his twenties, he became convinced that he could solve the high rate of false alarms when noninvasively monitoring a patient’s oxygen level, so he started working on a solution from his garage. Masimo was born and Kiani became the co-inventor of the “measure-through-motion and low perfusion” pulse oximetry that virtually eliminated false alarms (70-95% to 5%) and increased pulse oximetry’s ability to detect life-threatening events. Today, his company has over 600 patents and its noninvasive innovations monitor over 100 million patients a year. Mr. Kiani will have a conversation about innovation with Robert C. Robbins, CEO of the Texas Medical Center.

Umair A. Shah, M.D., MPH, executive director of the Harris County Public Health and Environmental Sciences, will identify the key strategies in managing innovations for on-demand medicine, population health and care management, and the clinical technologies as it relates to the combatting the Zika virus. Dr. Shah will also explain the current issues related to health policy and the overall impact on patients and healthcare.

Thursday’s headliner is inventor Dean Kamen, DEKA and US FIRST founder. Frequently called the Thomas Edison of our time, Kamen has over 400 patents – mostly on medical devices. He is responsible for the AutoSyringe – a portable device worn by patients to administer precise doses of medicine, eliminating the need to be in or near a medical facility for daily doses; HomeChoice – a portable kidney dialysis machine; IBOT – a wheelchair that can climb stairs; the Segway; and is currently working on a prosthetic arm and a system to bring clean drinking water to underdeveloped parts of the world.
1(current)
2