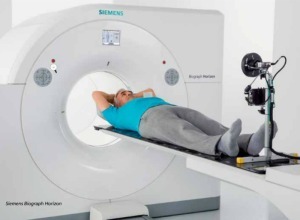 Despite cutbacks by the Centers for Medicare & Medicaid Services (CMS) in reimbursement for certain imaging modalities, the molecular imaging market continues to expand into uncharted territory. In particular, PET/CT — primarily used in oncology — has the potential to impact neurology, specifically Alzheimer’s. Additionally, the market has seen a rise in SPECT/CT as older SPECT models are being upgraded to include the CT component.

SPECT-only utilization has been decreasing for the past few years, and reduced reimbursement can account for part of it, says Don Bogutski, founder of Diagnostix Plus, based in Teaneck, New Jersey. CMS is cutting back on certain reimbursements or certain testing by having doctors cut back on SPECT scans. The modalities that CMS has targeted may impact higher volume exams in particular, such as SPECT. “This affects molecular imaging, specifically SPECT, because the number of scans done compared to PET are much higher,” says Bogutski. “Combined, SPECT and SPECT/CT are used eight times more than PET/CT.”

Of course, it isn’t only CMS. Appropriate Use Criteria (AUC) was put into place by the American Society of Nuclear Cardiology to help physicians decide which type of patients would benefit most from nuclear imaging and other cardiac tests. Since physicians have become more discriminating as to whom they apply these tests to, this limits the number of scans being performed.

Dr. Prem Soman, director of nuclear cardiology at the University of Pittsburgh Medical Center, immediate past chair of the ACC Cardiovascular Imaging Council and vice president of the American Society of Nuclear Cardiology, acknowledges that these guidelines may actually be beneficial for patients. “Appropriate Use Criteria are beneficial to patients since they ensure that test selection is appropriate [for the patient]. The benefits generally outweigh any risks. For example, the patient’s exposure to radiation,” says Soman. “Studies also show that test performance is optimal when patients are selected based on AUC, rather than not.”

In the past, according to Dr. Garima Sharma, nuclear cardiologist at Johns Hopkins Health System in Baltimore, patients who had received a stent in a heart artery would get a SPECT scan even though there were no displayed symptoms. Now, with the guidelines, this scan is considered inappropriate since it causes unnecessary radiation exposure and can lead to more tests in the future if the tests are false positives.
1(current)
2
3
4
5