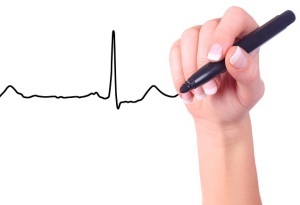 Fitness tracker reportedly off
by as many as 20-30 bpms
In January, wearable fitness tracker company, Fitbit, was served with a lawsuit alleging inaccurate heart rate monitoring. A study, commissioned by the plaintiffs' attorney, found that the PurePulse heart rate monitors used in Fitbit's Surge and Charge HR products are “highly inaccurate” during elevated physical activity compared to ECG readings.

"The significant inaccuracy of the PurePulse Fitbit devices can pose a danger to patients who have a family history of, or have been diagnosed with, certain heart conditions, including arrhythmia, myocardial infarctions, etc.," Dr. Edward Jo, principal investigator for the study, told HCB News.

Jo and his colleagues tested 43 individuals for 65 minutes while they jogged, climbed stairs, jumped rope and performed plyometric exercises while wearing a Fitbit heart rate device on different wrists. When that data was compared to time-synchronized ECG the researchers determined the Fitbit devices do not accurately track the user’s actual heart rate at moderate to high exercise intensities.

"For those with heart conditions, there is a big, potentially dangerous difference between 150 beats per minute (bpm) and 170 bpm. And there were quite a number of instances when the discrepancy far exceeded 20 bpm, which raises the health threat even higher," said Jo.

Fitbit has taken exception to the allegations, telling HCB News it thinks the study is "biased, baseless and nothing more than an attempt to extract a payout from Fitbit."

"It lacks scientific rigor and is the product of flawed methodology. It was paid for by plaintiffs’ lawyers who are suing Fitbit, and was conducted with a consumer-grade electrocardiogram – not a true clinical device, as implied by the plaintiffs’ lawyers," according to the Fitbit spokesperson. "Furthermore, there is no evidence the device used in the purported “study” was tested for accuracy."

Fitbit's stance on the issue has been corroborated by Consumer Reports, which retested the Fitbit devices after the lawsuit was filed and determined they were accurate and continues to recommend them.

"No one should get too excited about one study," said Terrence Dee, a Chicago-based trial partner with McDermott Will & Emery, in a statement. "It has to be reviewed by the scientific community and judged on its scientific merit, including independent efforts to replicate the results. Replication will be particularly important with this study, since it was commissioned by the lawyers who have sued Fitbit."

This is not the first study to call into question Fitbit's heart monitoring accuracy. A study published by Ball State University in Indiana in February 2016 also found that the devices were off by 20 to 30 beats per minute.