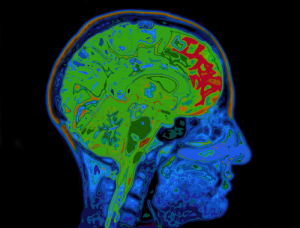 One of medicine’s more bizarre behavioral conditions, coprophagia — or fecal eating — is seldom discussed, much less studied. However, according to Dr. Keith Josephs, a behavioral neurologist at the Mayo Clinic, one of every 10,000 dementia patients may be eating their own stool.

“I was surprised when I first heard about the behavior,” Josephs told HCB News. “But I think it’s important for people to realize that if they do see a loved one doing this, it is not unheard of and it doesn’t mean they must be withdrawn from a nursing or assisted living facility (for psychiatric care). There is a medication that is beneficial.”

Josephs has conducted 300 various medical studies and his latest — just published in the Journal of Neurology — utilized MR to gain new insight on the disturbing activity. He became interested in coprophagia when he consulted with a patient in the hospital who was displaying the behavior.

“No patient does it willfully,” he explained. Joseph said that while rare, he suspects the condition is underreported, an attitude he discouraged. “It’s important to let health care providers know if a loved one starts displaying this behavior.”

In his study, Josephs’ team identified a dozen coprophagia patients diagnosed at Mayo Clinic from 1995 to 2015. A total of 67,000 patients over those two decades were diagnosed - for a ratio of one in 10,000. Patients with coprophagia also received an MR brain scan. But Josephs stressed that not all patients he has consulted with who have the disorder suffer from dementia.

“Clearly it is a problem beyond dementia, and on the MR images is indicated a shrinkage of the temporal lobe in the amygdala region of the brain,” he said. “I saw a young man who thought he could commit suicide by eating his feces, so there can be a range of neurodegeneration issues occurring, including epilepsy and brain tumor.”

Josephs’ study also linked other research done a few decades ago in which monkeys had lesions in their brain in the amygdala region. This caused the primates to explore objects with their mouths, including feces.

He said the most effective treatment is the antipsychotic drug medication haloperidol, although it does not stop the behavior in all patients. Josephs added that the condition is also observed in children, although he only studied adult cases.

The twelve patients identified in the study were evenly divided among men and women. These patients also displayed other symptoms, including: scatolia (smearing feces); hyper sexuality aggression; and pica (eating objects of any kind). The median range of onset of coprophagia was 55, with a range of 20 to 88 years.