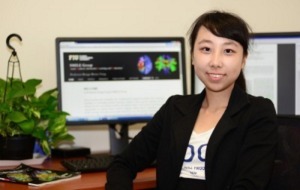 Although the technique needs to be clinically validated on real patients, Fang, Assistant Professor of Computer Science at Florida International University (FIU), told HCB News that the radiologists she is collaborating with are very excited about the promise it may hold for improving care. “They view the high-dose and restored low-dose images in random fashion side-by-side, and cannot tell the difference with statistical significance," she said.

All of the major imaging equipment manufacturers, from Siemens to GE, are working to reduce patient radiation exposure, but Fang describes her approach of applying machine leaning from big data to restore low-resolution images as “novel”. She has recently received $175,000 in funding from the National Science Foundation and other sources. The grants will be primarily used to study blood flow in the brain as it relates to radiation exposure, as well as help validate her technique in patients

Fang began her study while working on her Ph.D. at Cornell. She said that while at Cornell, she learned of physician concern about radiation exposure, especially in conducting CT perfusion (head) scans.

“[Physicians] have a pressing need to reduce the radiation associated with the X-ray-based medical imaging, such as computed tomography (CT), CT perfusion (CTP), which are some of the most widely used medical imaging modalities for noninvasive diagnosis and treatment monitoring,” Fang explained.

According to FIU sources, Fang’s work may also reduce radiation exposure not just in stroke patients, but also in cardiovascular disease and kidney patients as well. It also has the potential for application in MR patient scans. The tenfold reduction in radiation could also greatly reduce the 15,000 deaths a year that are attributed to CT perfusion scans, according to FIU.

“While the technology is ready in the lab, it will take some time before it can be deployed widespread in imaging technology, since clinical trials can take several years,” Fang said. “We do need collaborators to provide the big medical data of dual-dose patients to validate our method on real patients with widespread diseases.”

In explaining the science behind her research, Fang noted that she uses machine learning called dictionary learning and sparse representation to learn from big medical data, or high quality radiation images. This data is used to restore the low-quality images with the clarity needed to study cerebral blood flow in stroke patients. The images provided by CT, combined with reduced radiation, could result in safer patient care.

Burnout is real: Addressing quality of life in radiology

The success of AI will depend on validated public data sets

Addressing the ethical challenges of AI at RSNA