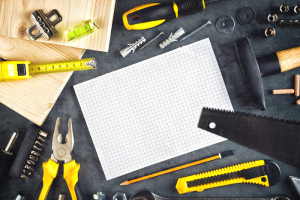 The next step in the explosive interest in focused ultrasound may well be thanks to a Vanderbilt research team's online posting of instructions for their new benchtop preclinical "do-it-yourself" system.

Charles Caskey, Ph.D., and Will Grissom, Ph.D., at the university’s Institute of Imaging Science (VIIS) decided to address the technical difficulty of configuring focused ultrasound (FUS) equipment and the limited number of commercial machines available at present.

The hope is that the Vanderbilt DIY system, which combines hardware instructions and software available for downloading, will give a boost to further study of FUS by researchers and doctors worldwide. The publication of "the hardware blueprints and open-source software" permits others to create systems with which to do MR-guided FUS studies.

The system "allows fine control over FUS-induced temperature rise in a small animal model. It includes MR temperature feedback and closed-loop control of each sonication," according to the website.

While the present DIY effort is "basic" relative to commercial systems, “the availability of a robust, cost-effective, MRgFUS system will lower the barrier for the increasing number of cross-disciplinary researchers who wish to enter this rapidly evolving field,” Grissom advised.

The blueprints and programs for small-animal MR systems are now available on GitHub and on the VUIIS website.

FUS has reached a "tipping point", and is now "approved or under investigation to treat nearly 60 conditions ranging from neurological disorders to cancers, pain and even hypertension," Jessica L. Foley, Ph.D., chief scientific officer of the Focused Ultrasound Foundation, told HCB News in its April magazine.

"Pre-clinical evidence is mounting, demonstrating that focused ultrasound can enhance the immune response to cancer and/or enhance the effects of promising cancer immunotherapies such as checkpoint inhibitors," she noted, adding that soon, should initial clinical trials of FUS prove successful, "this could open the door to a promising new combination approach in the treatment of advanced cancer."
1(current)
2