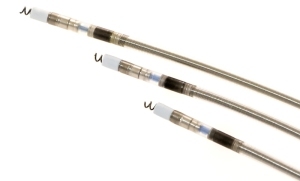 The lead received FDA approval on June 9 after its safety and efficacy was demonstrated in the Pre-Market Study phase of the SIELLO clinical study. The study enrolled 1,758 patients at 60 sites in the U.S. and implanted 3,220 Solia leads.

The leads are available in three different lengths — 45, 53 and 60 centimeters. According to Birgersdotter-Green, there have been limitations in the lengths of leads available, but since patients have a wide range of anatomy types it’s important to have options.

Solia S ProMRI has a 5.6 French lead body diameter and a polyurethane coating over silicone to limit friction and make it easier for physicians to insert it through small vessels and intricate anatomy. Its soft distal segment is designed to help reduce stress and myocardial trauma.

"Patient anatomy is unique to each and every patient," she said. "For patients with small or complex vessels, complications such as vein occlusion are more likely to occur when using a lead with a wide diameter body. The smaller lead body helps maximize available blood flow and leave room for additional therapies."

BIOTRONIK’s ProMRI technology allows patients with pacemakers, implantable defibrillators, cardiac monitors and cardiac resynchronization therapy defibrillators to undergo an MR scan. According to the company, it has the broadest portfolio of MR-conditional cardiac devices on the market.