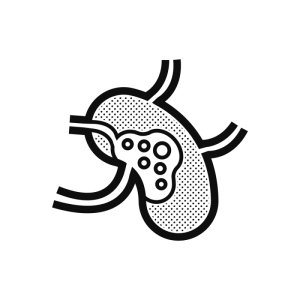 Using PET scans, researchers at the University of Southampton in the UK, working with colleagues in six other countries, were able to successfully determine which cancer patients were on the road to recovery and no longer required stressful chemotherapy. The results have just been published in the New England Journal of Medicine.

“We have shown that de-escalating therapy by stopping the administration of bleomycin after a good response on the PET scan is safe and effective,” Dr. Peter Johnson, professor of medical Oncology at the Cancer Research UK Centre, Southampton General Hospital, told HCB News. “By reducing the total amount of treatment being given we hope to see fewer long term side effects.

He said that while the risk of severe toxicity from Bleomycin is “generally low”, for a small number of patients the chemotherapy drug can be life-changing or even fatal. The adverse symptoms for a minority patients include nausea and vomiting, lung complications including fibrosis, anaphylactic shock, and in some cases, heart attack and stroke.

Johnson said that he expects to see more early use of PET scanning to guide Hodgkin’s lymphoma treatment.

“People with a clear scan after two cycles should be able to stop receiving bleomycin and in many cases will not need radiotherapy after their chemotherapy,” said Johnson. He added that for patients with a persistently abnormal scan there is the option of escalated treatment which was able to produce durable remissions in two thirds of patients.

The study was conducted in the U.K., Italy, Norway, Sweden, Denmark, Australia and New Zealand. He said his colleagues have been “very positive” about the results.

“The underlying reason to do this is that although cure rates are high in this illness, we would like to reduce the long-term side effects by tailoring the intensity of treatment to patients’ needs,” Johnson added.

According to the American Cancer Society (ACS), Hodgkin’s Disease is a type of cancer that starts in the lymphocytes of the white blood cells and grows out of control. The ACS estimates that 8,500 new cases will be diagnosed in the U.S in 2016, with 1,120 deaths. The death rate from the disease has been steadily dropping since the 1970’s.

“I think it is important to emphasize that for people under the age of 60, the outlook for Hodgkin’s lymphoma is very good,” Johnson said. “A lot fewer people died from the lymphoma than from other causes, emphasizing the need to minimize toxicity while maximizing cures.”