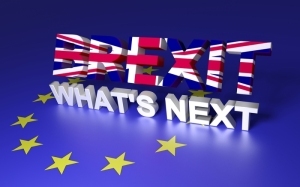 With greater independence
comes a health care conundrum
In late June, the U.K. decided to leave the European Union (EU) based on the belief that it would gain more autonomy and strengthen its economy. But how will the newly independent nation ensure that its foreign-born physicians — who make up a quarter of the total — don't depart to their homes in the EU?

One of the main reasons for the U.K.'s "Brexit" was a perceived excess of immigrants, according to Forbes. Consequently, it's possible that the National Health Service (NHS) will face a difficult time recruiting physicians from EU countries — and retaining the ones who wanted to work in a U.K. that belonged to the Union.

NHS leadership has been outspoken in their gratitude for immigrant staff from EU countries. The British Medical Journal reports Jeremy Hunt, England's health secretary, described staff from other EU countries as “a crucial part of our NHS,” while other members of the service paid tribute in a #LoveOurEUStaff social media campaign.

Statistics from the Health and Social Care Information Centre show that 26 percent of all NHS physicians aren't from the U.K. But, according to some experts, that doesn't mean Brexit spells disaster for U.K. hospitals.

Dr. Sophie Chung is no stranger to the concept of going abroad for health care. As the CEO and founder of Junomedical — a medical tourism company that works with carefully chosen hospitals experienced with international patients — she doesn't think Brexit will have an immediate and significant impact on access to care in the U.K.

"If the strong voices calling for stricter immigration laws and less immigrants in the country who were pro-Brexit get their way, influx of a highly qualified work force supporting the U.K. health care system might suffer," she told HCB News, adding that U.K. citizens have already taken up the trend of traveling for the best care possible.

For those patients, Junomedical provides personalized treatment plans and an overview of how much they should expect everything to cost.

A 2015 market analysis from Transparency Market Research said the global medical tourism industry was worth $10.5 billion in 2012, and is expected to reach $32.5 billion by 2019. That report cites "cultural similarities and geographic proximity" as key factors that contribute to a medical destination.

There are no easy answers. If Brexit does exacerbate care constraints in the U.K., patients will have to weigh their options against the pound's unfavorable exchange rate and new visa requirements.

ESR to sue Vienna and Austria over postponement of ECR 2020