Less than 20 percent of hospitals are using patient-reported outcomes 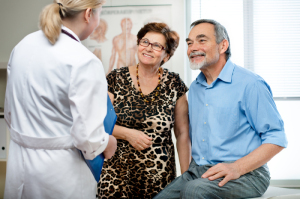 And according to a recent industry survey, hospitals are once again behind the curve in implementing new quality metrics. The good news is that most hospitals plan to start tracking patient-reported outcomes (PRO) metrics within the next 36 months.

“We all know that health care is shifting its focus away from the volume of services delivered to the value created for patients,” Paul Horstmeier, Senior Vice President at Health Catalyst told HCB News. “But progress has been slow in part because there has been very little measurement of outcomes that matter to patients, aside from survival.”

The PRO standards, which solicit direct patient feedback on physical, cognitive, social, and emotional functioning, are poised to be a major outcome-quality measurement tool over the next few years. The new PRO standards seek to not only set the baseline at whether a patient survives care, but how they fare after treatment.

Horstmeier said they conducted the survey because they realized that few of the hospitals they worked with were actually using the new quality standards. So they surveyed a sample of hospitals (most not their clients) and found that fewer than 20 percent have adopted the new measures.

“The survey confirmed our suspicion that very few hospitals are making consistent use of PROs today,” he explained. “But that a large majority of those who never or rarely use PROs plan to implement them within the next one to three years.” The survey found that 72 percent of hospitals with limited or no PRO tracking plan to implement the standards in the next one to three years.

The most common reasons given by surveyed hospitals for not yet adopting the PRO standards included:

According to Horstmeier, Health Catalyst is working with the nonprofit International Consortium for Health Outcomes Measurements (ICHOM) to convene experts to set PRO standards. To date, ICHOM had identified 20 conditions covering 45 percent of the global disease burden. ICHOM is working globally to support the adoption of common PRO standards. As an example, Horstmeier noted that Stanford Health Care is participating in measuring PRO outcomes for low back pain.

“One possible conclusion we could draw from the survey data is that, since organizations are investing in PRO going forward, we can expect to see greater weight placed on these measures of outcomes that matter to patients, both from regulators and health care providers,” said Horstmeier. “The result should be better alignment between physicians and patients, more progress on successful consumer engagement and on treating patients as customers.”

PRO is "linked at the hip" with pending payment reforms to physicians under the 2015 bipartisan Medicare Access and CHIP Reauthorization Act (MACRA). MACRA includes planned Center for Medicare and Medicaid (CMS) merit pay for doctors. PRO metrics were included as part of the new bundled total joint replacement payment program rolled out by CMS earlier this year in 67 metropolitan areas.

Health Catalyst is a data warehousing analytics and outcomes-improvement company with 70 million patients throughout the U.S. health system in its client data bases.