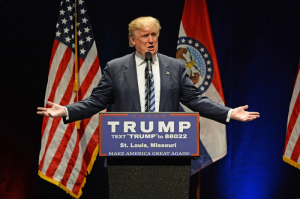 When the editorial team did not get back to me and I decided to do a little research of my own. I was able to see that Hillary Clinton wants to keep the Affordable Care Act in place and perhaps tweak it a little bit. Generally speaking she wants to follow in the direction that Barack Obama pointed the country in.

I read in Modern Healthcare that for the most part, hospital executives around the country like the Affordable Care Act and would like to keep it in place.

For the life of me I couldn't find or determine what Donald Trump's position on health care is.

During my search I did find a number of references that Mr. Trump made to the Affordable Care Act or the so-called Obamacare program, these include:

On April 8th, “I would end Obamacare and replace it with something terrific, for far less money for the country and for the people.”

Frankly speaking it makes me a little nervous that Mr. Trump has not indicated exactly what his solution would be. I understand clearly he wants to repeal what we have but what are we going to be left with under a Trump administration?

I cannot help but think this is a "ready... shoot... aim" situation. I've seen people try to make sales and worry about how to fulfill their obligation after they get a signed contract deposit.

Somehow our nation's health care policy seems too important for that type of approach.