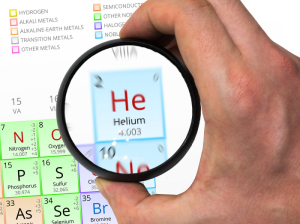 In the October issue of HealthCare Business News we're going to talk about the helium market. Two big players in this space, Praxair and Linde, have been in talks for some time about a merger. The new company was expected to be valued at $60 billion. They expected to save more than $1 billion by eliminating redundancy.

This would be a good thing for the industry in general. The price of helium continues to increase. I'm not in favor of mergers that eliminate competition but I understand the extent of the investment that has to happen to reliably produce helium and transport it.

There would still be other players in the market but at least this new merged company would have more money to spend on development and production.

And yet at the last minute the merger hit a snag.

I was told in a phone call the financial director of Linde is balking at the transaction and has derailed the merger. It's my understanding that one of the positions that would be eliminated when the new company was headquartered in the United States would be his position.

I suspect Linde will give him some sort of golden parachute so the merger can continue, but it still seems crazy to me.

Reminds me of the situation where Roger Ailes from Fox News received a $40 million parting gift while Gretchen Carlson only received $20 million and she was the wronged party. You might say that $20 million is a lot of money and I would agree with you. My point is that when people do the wrong thing I do not think that they should be rewarded.

I believe that investment is needed for helium's future, maybe even the great reserves discovered in Africa. Anybody that stands in the way of our future I think is wrong.