My thoughts on ASTRO 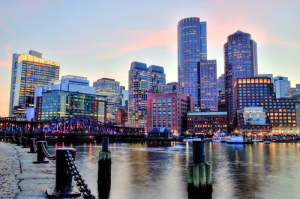 After attending ASTRO, it occurred to me how lucky we are to be living today. Researchers and physicians are all working toward eradicating cancer and this is more evident at ASTRO than any other show I attend throughout the year.

Let me give you an example:

I am not a physician but you did not have to be one in order to follow the conversation.

This particular discussion dealt with proton therapy and at times compared it to electrons and photons. The four physicians were sharing with their colleagues in the audience dose paining techniques, the relative biological effectiveness of different treatment regimens or which treatment techniques were best and when.

Dose painting techniques are ways to use proton therapy to "paint" the tumor and involve the use of drugs in conjunction with proton therapy.

I could not help but be impressed with how many variables our health care providers take into account when choosing the right treatment.

In fact, I visited with several physicians at ASTRO and I was very encouraged at how committed these dedicated experts seem to be. It is not about their egos; it is all about curing cancer.

I hope it happens in my lifetime and if it does, it is because of the type of physicians who attend ASTRO.

There were a lot of unusual vendors at the show as well as the old standards. There are even some new vendors entering the market and it is always nice to see innovation.

I hope all of you will look forward to our ASTRO coverage this week and in the weeks to come and I know I am looking forward to ASTRO 2017 in San Diego.