Will you support the next President? 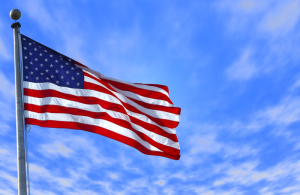 The first U.S. President that I remember was John F. Kennedy. I was in grade school when he was assassinated. I still remember being sent home from school and the somber mood in my small town of 1,000 people.

My parents would not let us listen to the radio or play in the yard. We all sat in the living room and watched Walter Cronkite on our black and white television set built into a piece of wooden furniture the size of a small refrigerator.

Politics have changed a lot since then. Do yourself a favor and Google the Kennedy/Nixon debate and you will see two conservative politicians discussing current events and policies.

If you transplanted someone from the 1960s to today, they would not recognize politics and probably would not believe their ears.

However, there is one thing for sure, there was a winner and there was a loser and everyone came together once the election was over and supported the President. The office of the President meant something and people showed respect to whomever was elected.

Some of you may have noticed I have talked before about how I feel Congress was more cooperative in those days and made an effort to get things done. The space program, the interstate highway system and the expansion of suburbia to support the baby boomer population are just a few examples.

I have a terrible fear that whichever candidate is elected, Washington and some of the electorates will not make an effort to come together behind the winner and we will have another four — or even eight — years of stagnation in Washington.

I hope that is not the case but at this point all we can do is trust our democracy to do its job — so please vote next week.