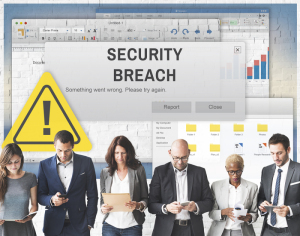 It's no secret that within the last few years, hospitals and health care organizations have become the main target for ransomware attacks due to the sensitive information that their systems hold. But what kind of actionable steps can a hospital take to reduce its susceptibility?

According to Jack Danahy, CTO of Barkly, a company that focuses on end-user protection, hackers usually gain access into a hospital’s computer system through end-users who are not experienced with reacting to malware threats.

In an exclusive interview with HCB News, Danahy discusses signs that indicate a hospital might be vulnerable to a ransomware attack and offers tips for reducing security vulnerabilities.

“Attacks are crafted to take advantage of an individual’s lack of experience with reacting to phishing attacks or email campaigns,” he said. “They pick up an email that arrives which may have an attachment or link, either one of which could be used to deliver the actual malware.”

The combination of individuals who are susceptible to these kinds of attacks due to their inexperience, along with the nature of their job of sharing patient information with different people, could make cyber security attacks spread quickly, according to Danahy.

Research conducted in the U.K. on the British National Health Service showed that thousands of hospital systems were running on versions of Windows that dated back to 2014, and knowing that equipment is outdated has proven useful to hackers.

“Because of the remarkable cost constraints that are placed on health care, they’re not necessarily as quick to upgrade their equipment,” Danahy said. “A health care environment that does not update their equipment makes them a very likely target for people who recognize that the previous version on the system has a vulnerability that could be exploited.”

He cautions that a hospital should always ensure that they’re keeping their equipment and software up-to-date, and that end users should be educated on how to look for scams, and also have some form of protection on their computer system.

Having a firm grasp of technology may not even be necessary to decrease vulnerability to a computer, Danahy notes. A good way to prevent attacks is through access to specific computer systems.

“Every user shouldn’t be a [system administrator], because if one computer is infected, that could possibly spread to the entire network,” he said. “Think about network layout. Is there a reason why a receptionist is connected to a network that might house a critical health care device?”

For users who believe that antivirus may not be enough of a protection, Barkly provides an end-user protection program that looks for malicious behavior.

Whereas “good” software might ask for access to specific files, malicious software would try to access files that it’s not supposed to access, and when the malware is trying to gain this access, the program is able to detect it. It is able to see what is happening in the operating system, at the CPU level and in low- and mid-level operations that are unique to malicious software.

“We have done years of research to not only collect information [at] the CPU level and the operating system, but also to recognize patterns of behavior that show that someone is trying to get around the natural protection of an operating system,” Danahy said.

“The services that hospitals offer and the data they need to make patients healthy is extremely important, so it’s vital to know that the security and integrity of the information is preserved,” he said.