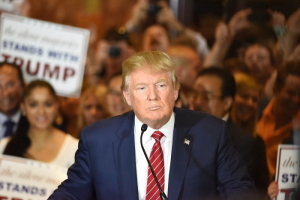 The Republicans control the House and the Senate as well.

I hope that we can get together as a country and get things done.

I listened to Mr. Trump's acceptance speech and — like everyone else is saying — I agree he took a more positive tone.

I am glad the election is over. I hope we can get down to improving our infrastructure, creating more jobs and improving the economy. If President Trump is able to do that, I will be glad.